Still have nightmare's about turning up to small gigs, early 90's and the sight of the dreaded TAMAR - those turntable on them were pants - no pitch so mixing was not much fun!

I see a lot of forum members have upgraded substantially over the years - I'd be interested to know what styles of music they play... As if all you play is oldskool, then those top quality mixers are wasted...
Top

hmm i don't get that point gyr8 (i am guessing this is tying in to ur 'oldskool music does not need any EQing' argument from ages ago??!) . it might be argued as overkill to some degree but I would look at it like this:

u might not need the Ferarri 456 to go to the shops... it might not be so far in distance... and u might not need to get there so quickly... but i would still rather take the Ferrari rather than the Austin Allegro

Just remembered that I actually had this for a short while before 'upgrading' to the MRT60.

see?! -> that's like using belt drive decks to learn to mix (as above).... that's how come u write such decent tunes. the secret is out!!!
Top

Can't remember the first mixer i had, it was something cheap that i just bought on the spot when i ordered my 1200's. Naturally buttons all fell off after a couple of years.

Then someone gave me a radioshack mixer for 20 quid which was fine.

Finally upgraded to something a little better about 10 years ago with a Vestax PCV275, the crossfader is nice and smooth

Out of curiosity, what is considered a decent mixer these days if you are just mixing Vinyl with 1200's still ?
Top

rage wrote:Mate of mine had one of these in 1993. Beautiful!

That is a beauty! You can tell it was top for it's time too due to the build of it - looks solid!

Such a lush paint job. The thing with this mixer was the faders, maybe a touch over an inch long. Could cut it up with ease, I put one of those trix faders in my PMC 05 for a while. Good fun :D
Top

The smaller the channel, the better (IMO).

That's why I hate A&H channels - way too long!
Top

Just remembered that I actually had this for a short while before 'upgrading' to the MRT60.

The MRT was my very 1st mixer as well..what a mixer, along with a pair of DLP 1600 belt drives (anyone remember them absolute piles of shit,pitch on a wheel that only went upto 8 (if i remember right) )but bk in 94 i was convinced i was Carl Cox/HMS/Loftgroover all rolled into 1...learned quite well on em..then got Technics n it was like starting from scratch again :)
Rockin a Numark dm950 atm that must be 10yr old..owned loads of made to fade/citronic..etc over the yrs,,nothing of real quality though, the 2 parties i play for have Technics and A&H mixers which are both lovely to play out on

LOON-E wrote:i was convinced i was Carl Cox/HMS/Loftgroover all rolled into 1

Haha, yep I'm sure we all went through that phase before becoming older and wiser! After about a year of mixing I thought I was better than most of the pros based on their tapes I had heard. Little did I know my bedroom mixing didn't take in to account having no (or shit) monitors, decks with beer spilled all over them, 4 hours driving before the set, not sleeping for 3 days, alcohol/drugs before playing, and everything else a live set throws at you. Like you say using Technics after learning on belt drives was like starting again, so was playing live!
Top

Well it appears I may have the shortest mixer history, in history...

Started off with one of these in around 96 - The JCB SPX035. Not a very well known mixer brand, but I needed something low cost, so picked it up from my local Richer Sounds. Hooked up to this I had a single CDJ (a big deal back then) and a personal CD player. Through some miracle I produced a mix which my only mate who owned a CD burner at the time kindly burned for me.

The mixer itself was alright, did the job. It was pretty robust, never had any issues, but the faders were really stiff. Oh and it had the popular punch buttons!

Before too long I'd got myself a second CDJ, and a Gemini turntable.

I kept that for a good few years until around 2003 when I upgraded to one of these - The Numark PPD01. 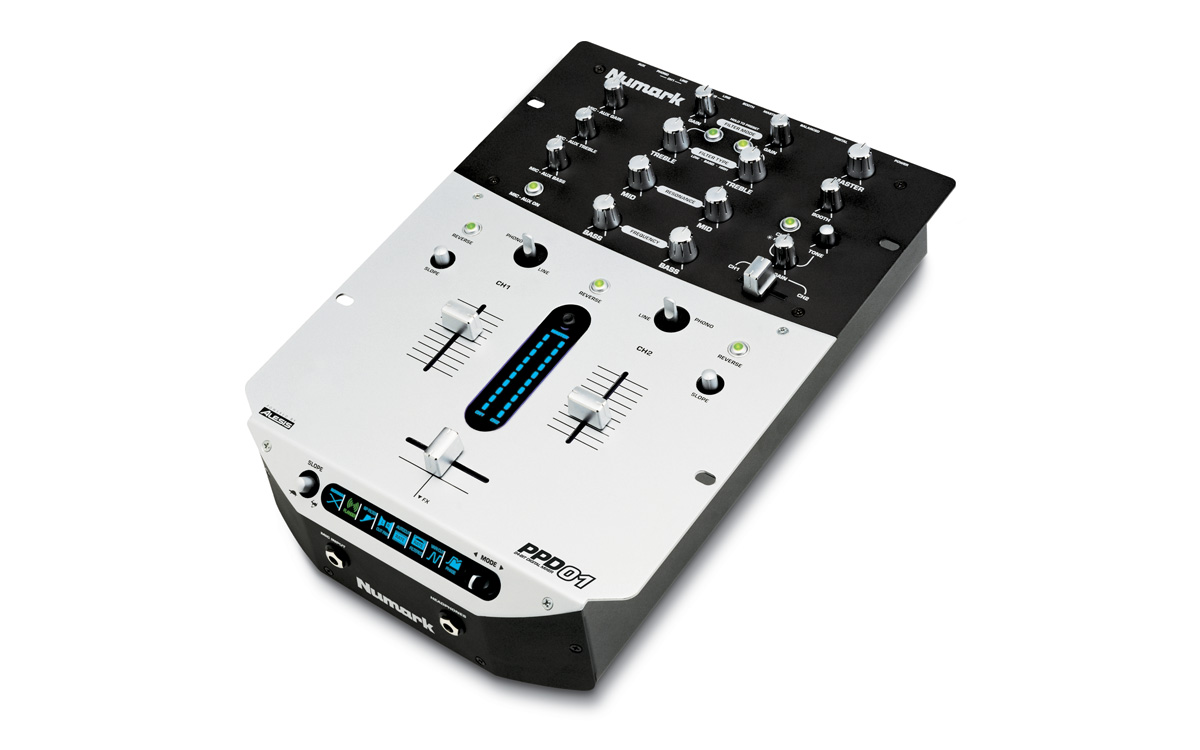 The build quality's really good, with a solid feel, and I've had no major issues with it. Occasionally I switch it on and it won't make a sound, but a simple off and back on has sorted it. I've had to replace a couple of the faders, and could do with replacing at least the crossfader again, but it's served me well and I still use it now.
Top

I had the obligatory GM25 as my first mixer, then a Soundlab DSM-15 briefly and then a Citronic MSX1:

And I still have it - although its been in the loft with my decks for 5 years.
Not really had any issues with it outside of the crossfader......I reckon i must have bought it in around 2001......

To be honest I was on the brink of getting something new when we moved and mixing fell off the list of priorities: Not that there was anything wrong with it, I just wanted more stuff to play with.
Top

This was my 1st setup, then I changed to the MRT60 mixer... I never changed turntables, look how small the pitch dial is. Regardless it was still fine for making mix tapes back in 1986.

Once I started making my own tracks I lost appetite for DJing so didn't buy any new kit... all earnings went into studio gear.

This was my 1st setup, then I changed to the MRT60 mixer... I never changed turntables, look how small the pitch dial is. Regardless it was still fine for making mix tapes back in 1986.

Once I started making my own tracks I lost appetite for DJing so didn't buy any new kit... all earnings went into studio gear. 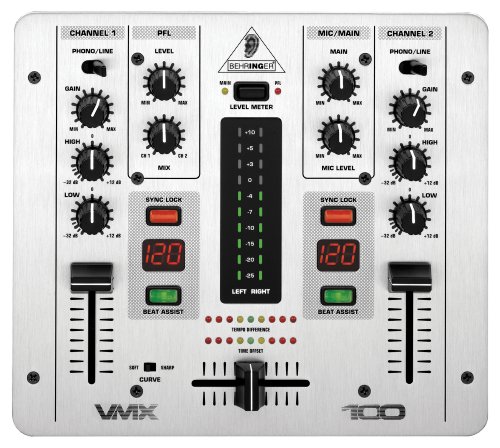 Real nice mixer. Not the greatest sounding but very versatile. I still have this now and have up until a few weeks ago been using it as my main mixer for producing. DJ'ing never really did it for me and after taking time out to travel for a year making my own tracks was the only way forward.

I now own a beautiful Focusrite 18i20 for producing.

All my cash now goes on Studio gear. I do have one of my decks out for listening and sampling pleasures but that's it really with a handful of treasured vinyl that I still own.

Here is a recent picture of my studio setup in case anyone is interested.

That's quite a purposeful setup you're building up there, well capable of producing some big stuff.

Once you get hooked on studio gear it's all over... a never ending money pit forms, but it's very satisfying all the same.