Relive The Past In The Present
https://www.backtotheoldskool.co.uk/forum/

by GL0WKiD
XENOPHOBIA talking about the big '92 anthems "Rush in the House" and "The Wobbler", the present and the punks roots alongside their upcoming album "Bring on the Rush" which features unreleased oldskool material!

"We are hoping for a release date late September 2015 and will be a double LP and a CD version with two extra tracks not on the LP, remixes of 'Rush in the House' & 'The Wobbler' previously unheard before.

As for tracks it’s got nearly the whole back catalogue on it apart from the first EP Hypo Psycho on our own label Ubiquitous records, so that’s a remastered 'Rush in the House' & 'The Wobbler' plus the Into Combat EP featuring 'Into Combat', 'Project 250' (Released by Carl Cox on one of his many Compilations) 'One Step Beyond' and 'Psycho D.F.' that went high in the Mixmag Hard Chart for some weeks. Everything else are unreleased gems written in the early 90’s."

"The best times has to be playing all the live PA’s with Scallywag as part of the Spiral Tribe free parties. The other highlight for the band was making it onto Spiral Tribe’s Debut EP ‘Breach the Peace’ on Big Life Records with our banging hardcore tune ‘Doet’ that was track 2 on the A side. " 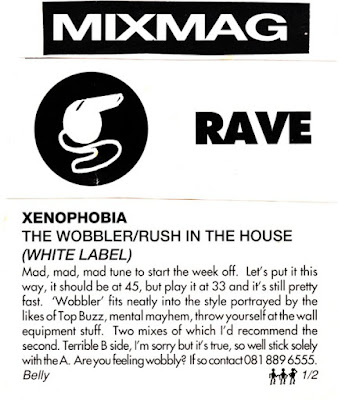 
Cheers mate!
There will be also a forthcoming radio interview of them @ my radio show presenting also some more unreleased '90s stuff of them. I've received some cool promo of a future release, which is very impressive as blending new & oldskool ones. :)
All times are UTC
Page 1 of 1