will2003
He never locked his car door

Many thanks to all the pre-order people - I have sent half the pre-orders out already today, and will send the rest out tomorrow / Wednesday. All remaining copies are now up for sale on the Sublogic Recordings webstore and on the Discogs Marketplace...

These are two separate 12" 4-track EPs, and between them these feature all four of the previously unreleased VIP, dubplate and Live PA remixes kindly provided by James, Tim and Ian from Essence Of Aura, and also remastered reissues of all four original tracks from their superb 1992 Destiny EP

These tunes really do cover the whole range of Essence Of Aura's sound - from the quality 1992 - 1993 breakbeat hardcore of the Destiny EP and Disortion Crew tracks, the 1993 darkcore goodness of Can I Dream, and through to the early 1994 DNB / jungle era with Fall Down On Me and their amazing remix of Tango & Fallout's Positive Chaos. The previously unreleased material featured here has never been available on vinyl before, and until now was only ever on personal dubplates given by Essence Of Aura to Randall, Ratty, Tango and Fallout back in 1993 - 1994.


The tracklistings for both releases are here, along with MP3 soundclips: 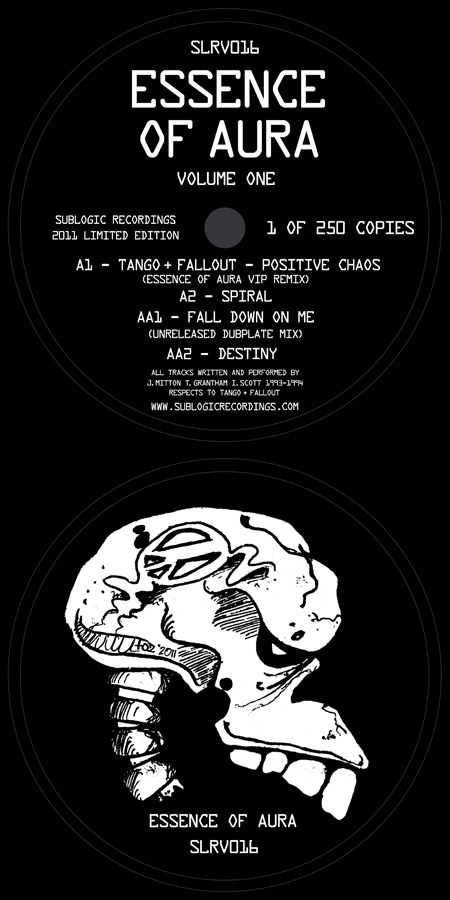 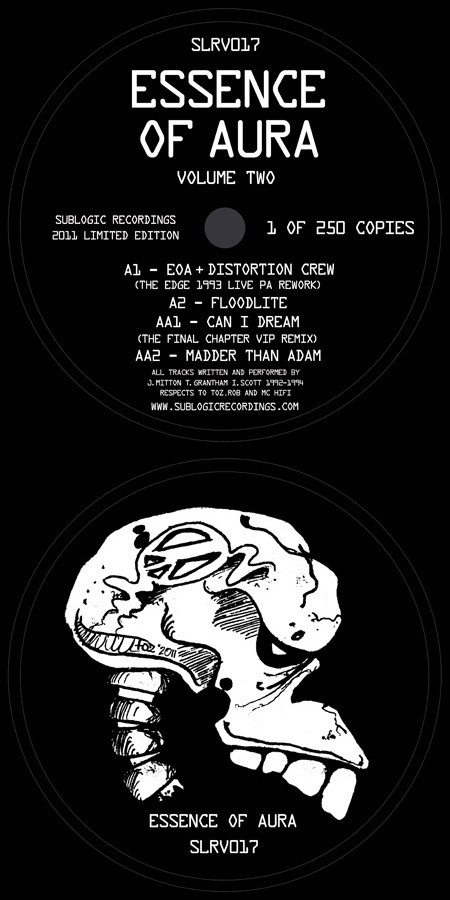 You can now purchase these two releases directly from the Sublogic Recordings webstore here:


Both EPs are priced at Â£9.99 each, and have been fully remastered by Beau Thomas at Masterpiece Studios, and pressed at Optimal GmbH in Germany so these will be superb, high quality vinyls - hopefully those of you who purchased the Sub Love EPs will know just how well these should come out :D
Last edited by will2003 on Mon Nov 28, 2011 7:32 pm, edited 2 times in total.
Top

look awesome. defo will be ordering these later.
Top

awesome! will be ordering these at the end of the month!
Top

Awesome tracklisting, you get the 'anthems' and some really nice unreleased tracks.

I'll be ordering as usual...
Top

These look awesome, will be grabbing without fail.

That 'Can I Dream' VIP is mustard!
Top

Wunderbar Will! Ordered both. Nice one

Sir Captinweestain
The Messiah of the 21st Century

Kin hell, i am deffo having some of that when i get a bit of dosh.
Top one Will :)
Top

oooh, great stuff! liking all the unreleased stuff, the remix of Positive Chaos in particular!
Top

First Ep looks great, may have to put an order in on pay day next week!
Top

Adam Timeless
The Messiah of the 21st Century

i may have to flog my original Destiny EP and pick up these 2 records with the proceeds :)
Top